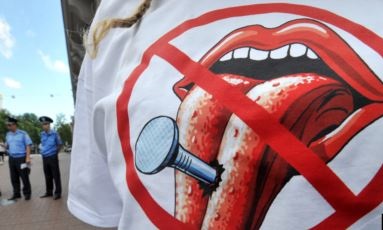 Both freedom of speech and freedom of information serve as an indicator of freedom of society. The journalists, correspondents or reporters, even those who do not work in the heated military conflict areas, come up against pressure, violence and even murders. In some countries, the profession of journalist is one of the most dangerous. The word “PRESS” is not a security guarantee within the military conflict area. The same, a journalist’s ID or even public recognition does not guarantee security in civilian life, especially if the journalist is involved in disclosing power abuses or investigating the seamy side of public politicians.

This is especially true in the countries where politics is an instrument of financial gain. For example, Ukraine, according to the press freedom index, ranks 96th according to the Reporters without borders international publication.

In addition to the insecurity of journalists, the mass media as an industry in Ukraine is quite non-transparent and politicized, complicating thus the independence priority of journalists activity. The above-mentioned publication Reporters without borders analysed the factors influencing the situation on the Ukrainian media market.

According to their estimates, the oligarchic influence is the first factor contributing to journalists’ dependence. Thus, business magnates owning the national largest industrial capacities control mass media and try to influence editorial policy as much as possible. Moreover, their owners are not always easy to recognize. The key national media groups are concealed in offshore zones. Cyprus, the British Virgin Islands, Hong Kong, the Seychelles, Samoa, New Jersey, and Belize – it is not an exhaustive list of jurisdictions for the Ukrainian media companies registration. This is despite the fact that Ukrainian law explicitly prohibits representatives of offshore jurisdictions from owning media assets. The shadow economy exacerbates the distortions of the media industry, as information about national finances is too sensitive for both politicians and some media owners, making the entire industry even more non-transparent.

The publication considers political influence on mass media as the second aspect. Mass media industry remains controlled by those who control large sectors of the economy. Out of twelve major TV-channels analysed by publication, ten TV-channels directly or indirectly linked to persons having political interests, influencing politics, or acting as politicians themselves.

Legislative environment. This issue exists in Ukraine since its initial independence. Ukrainian parliamentarians include those lobbying for the interests of individual oligarchs, who do not express interests of voters but their sponsors, so the legislation regulating the market is very sensitive to changes. Ukraine experienced several attempts to formalize the obligation in legislation of designating direct media owners. In 2015, a law was enacted requiring media owners to disclose their beneficiaries, but even here, owners found a way to bypass it. Nowadays, the companies are officially registered after certain persons, being under control of others, which allows for manipulation and evasion of responsibility.

The law does not provide for a mechanism to monitor its proper implementation thus allowing a single person to own several large media resources. The statutory regulation does not define objective criteria for measuring the market and mass media concentration. Regulators, such as the National Council and the Antimonopoly Committee, refer to the lack of legislation framework to assess the concentration, as well as the maximum level of possible sanctions. The lack of political will to reform and regulate the media market, like any other market, comes up from the fact that politics and business are interconnected to a great extent.

The non-transparency of journalists’ work is one, but not the only, factor in press freedom issues. Another crucial aspect is the freedom and protection of journalists, who often come up against pressure, threats and even murders. The National Union of Journalists of Ukraine points out that officially, over the past three years, the country experienced 250 attacks on journalists.

There are many examples and each of them deserves special attention. In this case, I would like to focus on some examples of how dangerous is to work in the field of journalism in Ukraine.

In 2016, journalist Pavel Sheremet was killed. He worked in Belarus, Russia and Ukraine. He was engaged in political journalism and investigated activities of persons closely related to the government. A native of Belarus, he began his career there, criticizing the regime of Belarusian President Oleksandr Lukashenko. In 1997, he was arrested while filming a report on the situation on the border between Lithuania and Belarus, for illegal border crossing and illegal journalistic activity. After spending three months in prison, he was released under pressure from Russian President Boris Yeltsin, who barred Lukashenko’s plane from entering Russia. After that, Sheremet moved to Russia, where he also worked as a journalist for various TV channels. From 2012, he started working in the Ukrainian media as a journalist, and also participated in various political talk-show programs as an expert. It was in Ukraine that he was killed. In 2016, the car, which the journalist drove, exploded in the centre of Kyiv. Investigators found that an improvised explosive device had detonated. The suspects were detained, but the investigation is still ongoing.

PACE President Pedro Agramunt called this murder as an attack on media freedom and safety of journalists.

Despite the fact that the case has gained wide resonance worldwide, the situation with journalists’ safety in Ukraine has not improved much.

In 2019, journalist Vadym Komarov was killed in Cherkasy. He was the owner of a local irregularly published newspaper, which covered events in the city and the country in a sharp manner. He was disclosing the documents that could indicate corruption of local officials. He wrote openly the names of those who might have been involved in corruption and disturbed many officials. In May 2019, the journalist was found on one of the streets of the city with a broken head, he was alive, but in critical condition. After a while he died. Colleagues of the journalist claim that the attack happened because of professional activity. In addition, it was not the first attack. In 2016, he was shot, and a year later, in 2017, he was beaten. However, after these two events, he survived and continued his activities.

Following an attack, Vadim’s colleague said that Komarov released material the day before about power abuse by local authorities, and on the day of attack he was to receive insider information that was supposed to indicate an individual local official who escaped punishment. The UN Human Rights Monitoring Mission strongly condemned the attack and stated the need for an impartial investigation and prosecution.

Ukrainian nationalism as a source of attacks

Recently, the Ukrainian information space has been filled with news about the persecution of journalists from a separate publication – “Sharii NET”. This is a publication authored by a blogger, who established a political party named after him – Anatolii Sharii. It is worth noting that attacks occur not against individual supporters of Sharii, but anyone who supports him. Moreover, those engaged in attacks come out into the open with their intentions. The National Corps nationalist party, and its leader Andrii Biletskyi, speak often without hiding hostility of the need to use force against Sharii’s supporters, coming from the ideological differences. This is manifested both in posts on social networks and answering direct questions.

In one of his interviews, Biletskyi stated “Sharii’s followers should be broken down”, adding “physically”, as a method of intimidation.

Biletskyi believes that Sharii’s followers work for the interests of the Russian Federation, which motivates their actions.

“We will fight against the wool (as Ukrainian nationalists call those who are considered supporters of Russia – ed.) until it disappears from the media site, political life and Ukrainian streets. We will bring this case to an end”, Andrii Biletskyi wrote in his Telegram channel.

These posts were followed by the implementation of plans. In the cities of Zhytomyr, Kharkiv, Mykolaiiv and others, attacks were initiated against Sharii’s followers. The attack on Mykyta Rozhenko, Kharkiv party’s coordinator, who was beaten with baseball bats, was particularly cynical. Mykyta was hospitalised in severe condition. A few hours before the attack, he applied to police with a statement about setting up an attack on him.

There are many such attacks on Sharii Party followers, but law enforcement agencies fail to respond properly. Moreover, even people’s deputies show low activity here and try to justify the attackers.

For example, PD Mykyta Poturaiev, head of the Verkhovna Rada Committee on Information and Humanitarian Policy, when asked by a journalist about his assessment of the attacks, started justifying such actions and said that the cause of the attacks should be sought internally.  “Ask yourself, what the reason for such an attack is”, Poturaiev commented on the attacks.

All these incidents show a deep abyss, where individual countries oppressing freedom of press find themselves. Moreover, the authorities also show negative trends alluding that those who are being attacked are themselves to be blamed for it, instead of trying to investigate the situation. The more journalists have the freedom to express their opinions and engage in professional activities, the more society develops and the more citizens know what the government is doing. At the same time, the more attacks occur, the more closed the country is and the more opportunities arise for the government to establish a dictatorship and monopoly at the state and local levels. 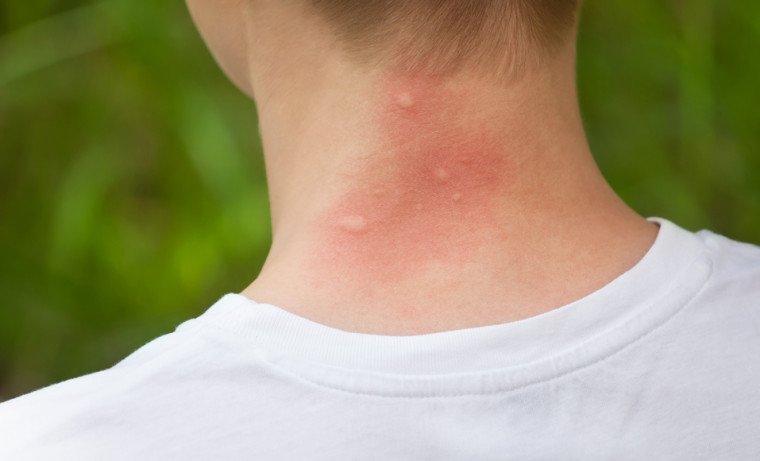 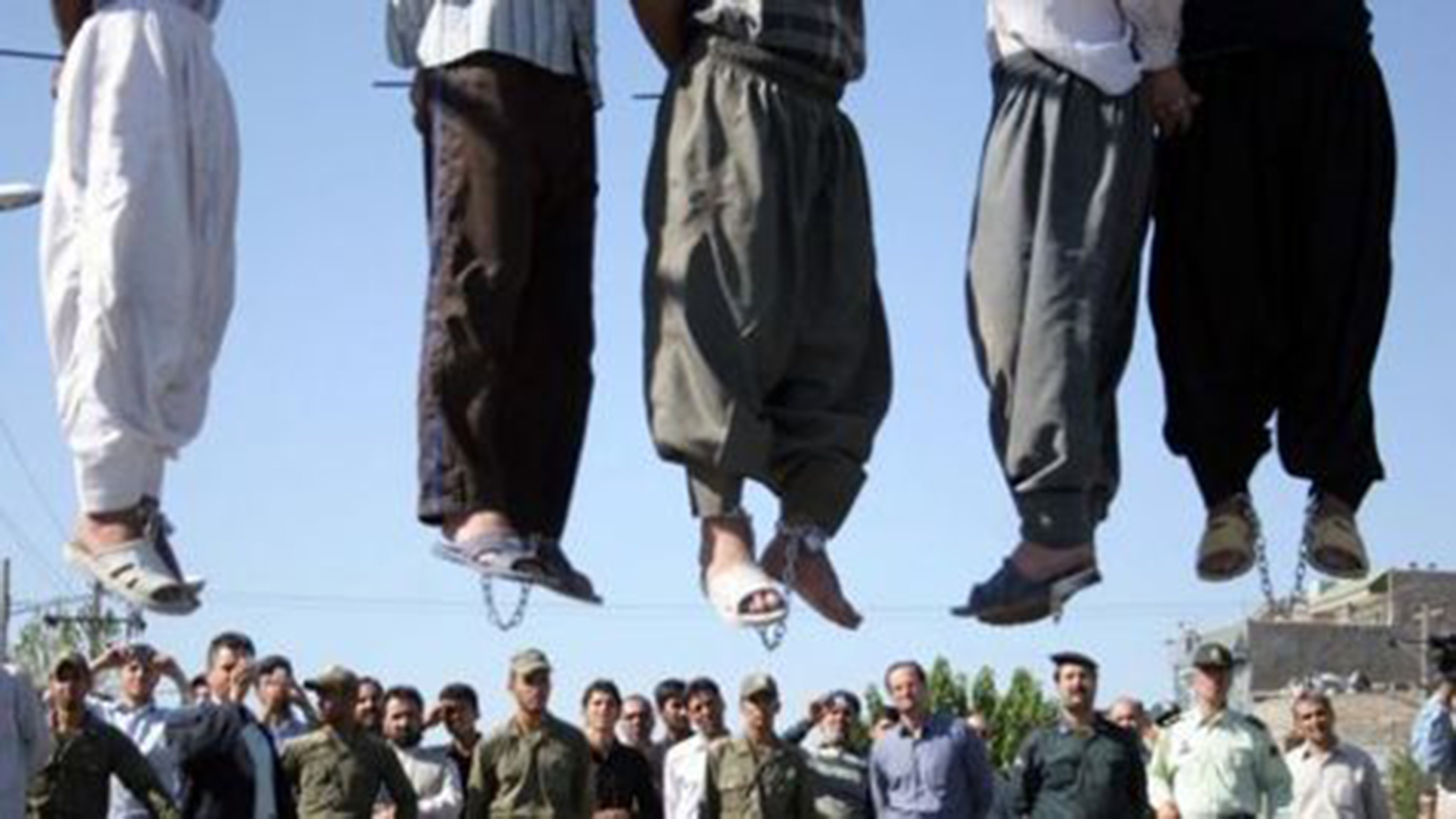