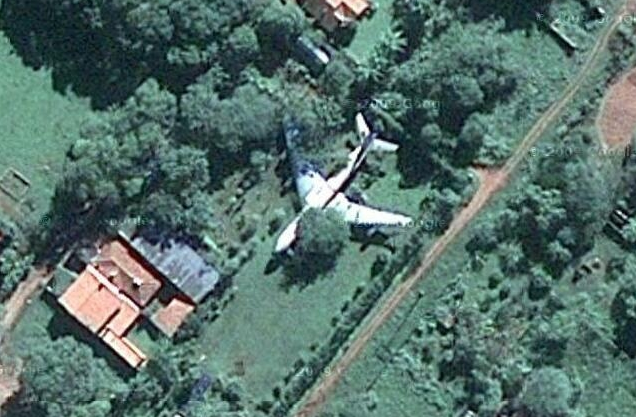 The plane of Malaysia Airlines, missing since March 8, 2014, was found this afternoon in Paraguay in the garden of El Charros, a Mexican terrorist.

The plane, emptied of its passengers would be present since March 10, 2014 and was transformed as a luxury veranda; There is a jacuzzi, massage 200 seats,… A lot of cocaine was also found by the authorities.

Passengers have still not been found, but El Charros has been arrested. According to preliminary information, it would be a diversion made on behalf of Al Qaeda, but the man had never been paid, he kept the plane and got rid of the jihad group.

This allows Google Maps to realize the presence of the aircraft in the garden. Today, it is covered by vegetation than before, but is still visible …

A man found dead in Dismaland the Banksy Park. It could be Banksy.