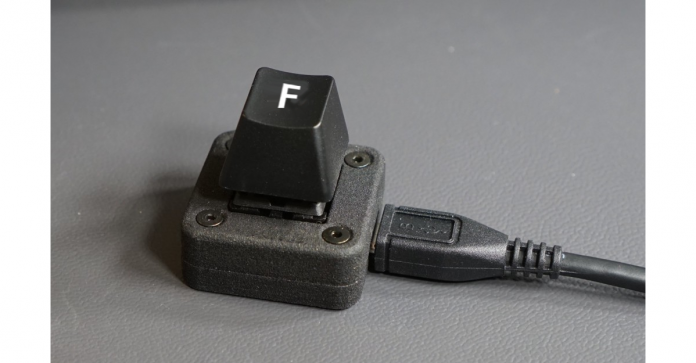 The hardware maker Logitech announced today that it will release a one-key-keyboard for Christmas, only made to pay respect on the internet. The keyboard will be sold 1$ that will be given to all the people put in the friendzone and a check of 1.000.000$ will be given to the Facebook french group « Neurchi de Friendzone ».

About
Press F (X) to Pay Respects is an action prompt featured in a quick time event from the 2014 first-person shooter Call of Duty: Advanced Warfare. Upon the release of the game in November 2014, many players of the video game mocked the funeral cutscene for its forced element of interactivity that seemed out-of-place at a memorial service.

Origin
On November 4th, 2014, Call of Duty: Advanced Warfare was released. In the opening scene from the game’s second mission, the protagonist Private Jack Mitchell attends the funeral of his best friend who died fighting in South Korea. The player is then asked to “Press F to Pay Respects” if they are playing the game on a PC, or to press the « X » button while playing on a console (shown below). 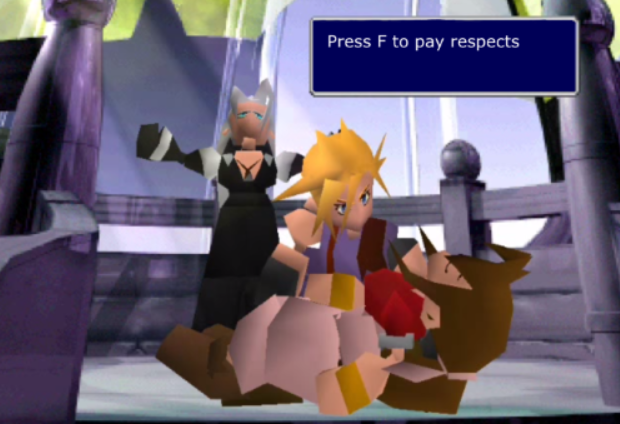 Spread
On November 2nd, YouTuber doku uploaded a video of the Call of Duty sequence titled « Press X to pay respects, » in which the player is promoted upon touching the casket (shown below, left). On November 3rd, Late Night show celebrity Conan O’Brien[2] reviewed the video game ‘Call of Duty: Advanced Warfare’ on his clueless gamer episode and criticized most of the gameplay including the « Press X to Pay Respects » scene.
On November 4th, Redditor ZyreHD submitted a post asking why people were mocking the action cue to the /r/OutOfTheLoop[1] subreddit. On November 10th, YouTuber NFKRZ uploaded a montage parody video titled « COD Advanced Weedfare: Intense Respect Paying » (shown below, right). 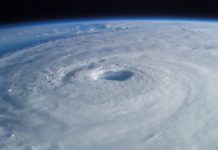 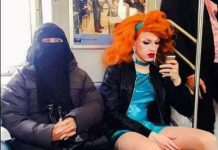 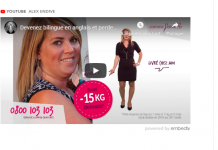