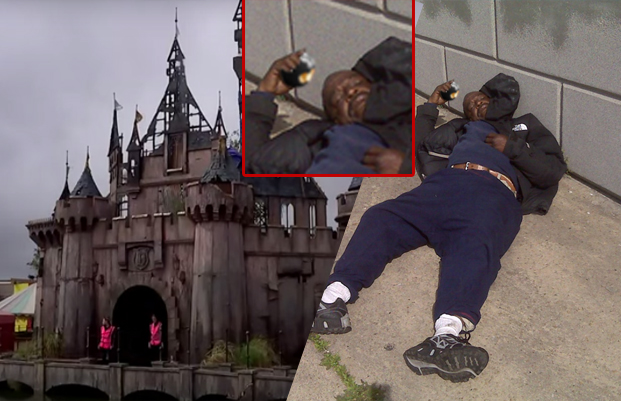 Following the opening of Banksy park, a black man in his fifties was found dead near the Dismaland toilets.

He was holding a black bitten apple  full of cyanide. The English police arrived on site and noted the time of death at 14:40.

According to many « employees » of the park, this would be the person in charge of the installation of artworks… that could be Banksy himself.

The man, according to many witnesses told being diagnosed with terminal cancer. It could therefore be Banksy’s last work. A huge park one last time to spit his hatred of consumerism before finishing in the style of Snow White in a crunchy apple.

#dismaland – Emergency services are in attendance at the Trop pic.twitter.com/0l7umuznNe

The list of 22,000 jihadists published by Sky News is now online.