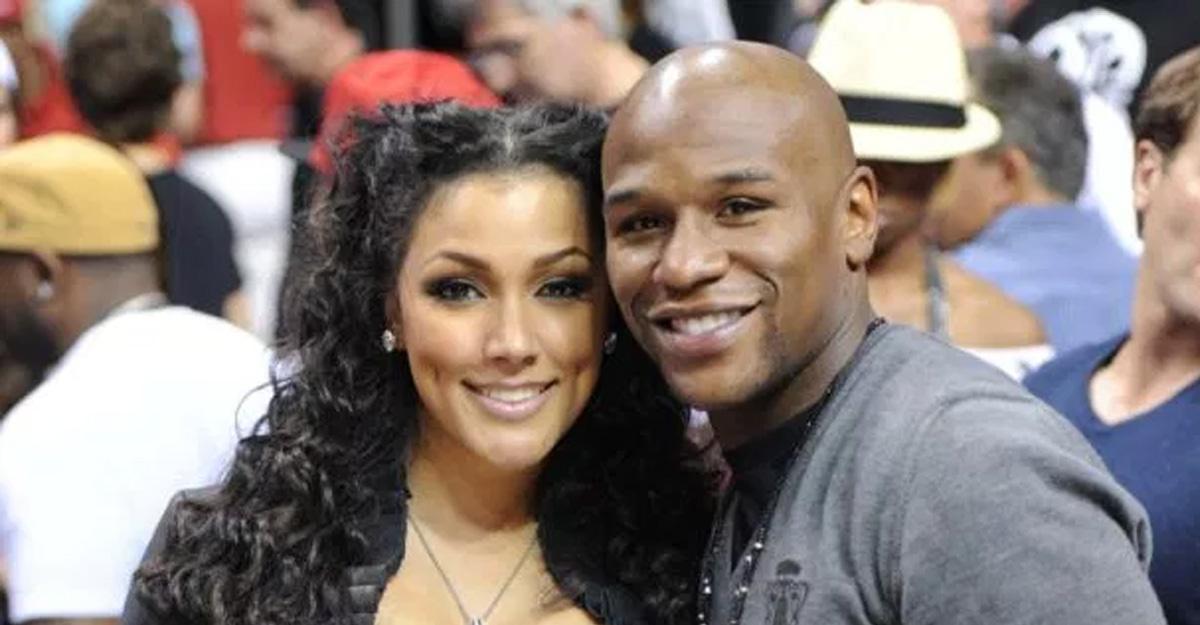 Floyd Mayweather is a dirty guy. A man who spent his career avoiding blows and his life to put to the women who shared it. Exhumed by the American press, the judicial documents telling the past of the boxer are cold in the back.

The first documented case dates back to 2001. After a stormy verbal exchange between Mayweather and Melissa Brim, the mother of his daughter Ayanna, the boxer hits his head with the door of his car before giving him three punches in the face. A few months later, a dispute broke out in a shopping center. Floyd asks a friend to hold his daughter Ayanna and then hits Melissa in the shot.

Trailed by hair and cut to face

Two years later, in 2003, the boxer spent an evening in Luxor nightclub in Las Vegas when he met Herneatha McGill and Karra Blackburn, two friends of Josie Harris, the mother of three of her children. Mayweather, who does not like them, knocks them in the jaw and head before chasing them out. The casino security team will advise the two victims not to file a complaint to avoid « paying it on the street ».

Four months later, in 2004, at the exit of the night club SRO in Las Vegas, a new dispute opposes Mayweather to Harris about the infidelities of the boxer. Floyd deals him punches and foot in a car before dragging her out by the hair and cutting her face.

A year later, at the trial, Harris retracted her testimony and assumed the role of the culprit, stating that she was under the influence of alcohol and ecstasy and that the boxer had just tried to calm her down. But Floyd had not finished with Josie. One night in September 2010, Mayweather visits the house (owned by) Harris to explain his possible relationship with NBA player C. J. Watson.

After a tough fight and a call to the police, Floyd leaves the scene but returns soon after. Awakened by the cries of Mayweather about Watson’s messages on his mobile, Harris admits the relationship. According to various testimonies, Floyd then struck her on the top and back of the head. Then he kicked her, pulled her hair and tried to break her left arm. « I’m going to find someone to throw you some acid on it, » he says in the middle of a crazy moment.

Zion, their 9-year-old son, will deliver a moving testimony to the judicial authorities: « Papa climbed on Mom’s shoulder. When Harris asks the children to call the police, Mayweather goes so far as to threaten the flesh of his flesh with physical retaliation if they execute while a friend with him blocks them. Koraun, Zion’s brother, will jump the barrier to reach the security post and ask the guard to call the authorities. The boxer can not escape the incarceration (released for good behavior after two months).

The judge will allow him to postpone his entry to prison to face Miguel Cotto in the ring. A fight to $ 32 million guaranteed. After years of silence, Josie Harris decided to make her story public through several media interviews. Shantel Jackson could also offer his testimony. Mayweather’s companion at the time of the incident in Josie Harris’s home, Jackson filed a lawsuit against the boxer last September, accusing him of beating her.

According to judicial documents obtained by ESPN, Floyd crossed the red line one day when she had threatened to leave him. « Money » then pointed a pistol at his foot and said: « On what toe do you want me to shoot? » To explain their separation at the end of 2013, Mayweather posted on Facebook the shot of two fetuses indicating that Jackson had aborted. Asked later on CNN, the boxer will deny any violence: « There is no evidence. Just allegations.  »

Before sinking the nail in the spring of 2015: « I am black, rich and big mouth. And I’m a boxer. That makes me the ideal culprit. The palm of cynical horror will arrive at ESPN, when a journalist asks if his ability to escape sentences did not send a terrible message to the victims. His answer ? « Mayweather vs. Pacquiao is the fight you should not miss.  »

It compares women to cars

Domestic violence in taboo subject. At the end of April 2015, Rachel Nichols (CNN) and Michelle Beadle (ESPN) will withdraw their accreditation for the « fight of the century » against Manny Pacquiao for evoking his dark side. While the debate over domestic violence has been going on in the United States in recent months, the pedigree of the one comparing women to cars (« if you have the means to have 20 and